In 2001, I bought a book called Callings: Finding and Following an Authentic Life by Gregg Levoy. Some years later, when I thought about creating my own blog, I chose an enchanting name that I found while reading Callings: Seuketat.

But, what does Seuketat mean?

In chapter 1, Gregg Levoy tells the story of Emmy Award winner, Gordon Hempton, a man with the unusual profession of a sound tracker or an acoustic ecologist. In short, Gordon Hempton goes around the world recording sounds. Once, while he was recording frogs and dripping water sounds  in Sri Lanka, he had a sudden panic attack, an intuition of danger, that made him run away to safety. Though his logical mind was telling him there was nothing to run from, his listening ears and his intuition insisted that there was something out there lurking.

He decided to leave his equipment behind and run for his life. When he returned the film footage showed that moments after he left a leopard had been where he was. That kind of intuition in Eskimo language is called Seuketat. It means having the ear of an animal, this name describes a person who can listen to the wind and tell you the length of a pine needle.

We all need to have this kind of awareness to seek an authentic life.

Be silent so that you can listen. 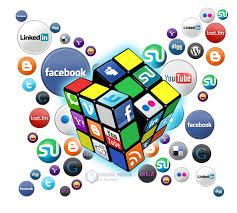 Discussion of the political impact of social media has focused on the power of mass protests to topple governments. For example, see this short video, Technology’s Role In the Arab Spring Protests, of Jared Cohen, Director of Google Ideas, elaborating on the role Twitter and other social media tools have played in the Arab Spring demonstrations and protests. “Technology accelerates everything,” says Cohen.

Another example can be read in People Power 2.0– Technology Review about how civilians helped win the Libyan information war. But in fact, social media’s real potential lies in supporting civil society and the social sphere as Paul Hepburn suggest in Unlocking the Civic Potential in the Local, Online, Networked Public Realm (page 12). See also, Clay Shriky in  The Political Power of Social Media (as the original article is under paywall, please go here for the whole article.)

But not only that, social media has also been moving steadily into the business world. David Kirkpatrick, advising Forbes’ readers (Social Power-and the Coming-Corporate Revolution), warns them: “This social might is now moving toward your company. We have entered the age of empowered individuals, who use potent new technologies and harness social media to organize themselves. ……. most are ordinary people with new tools to force you to listen to what they care about and to demand respect. Both your customers and your employees have started marching in this burgeoning social media multitude, and you’d better get out of their way–or learn to embrace them.”

Educators have been somewhat slow to adopt social media in their professional activities (even when they themselves might be users of social media tools for personal purposes), but that is also slowly changing, at least for the case of higher education, as shown in this Mashable infographic. Teachers, in primary and middle schools, are now considering how to take advantage of social media services and tools.

Social media is here to stay, so be better learn how to use these tools well and effectively. Social media is, I believe,  part of a new culture of openness, transparency and cooperation. In this new emerging culture, there is a tension between what is public and private as Jeff Jarvis explains in his book, Public Parts, where he coins a new word for this new era: publicness*.

pub·lic·ness:1. The act or condition of sharing information, thoughts, or actions. 2. Gathering people or gathering around people, ideas, causes, needs:“Making a public.” 3. Opening a process so as to make it collaborative. 4. An ethic of openness. 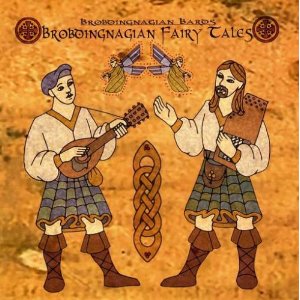 All over the world, the way citizens perform in society is strongly guided by the kind of context in which they live. Language, a human invention, is from time immemorial the preferred way by which we create context and meaning. We do this by means of the stories we tell each other. We have been doing this since we sat inside caves around blazing fires. Generation after generations, we have all created oceans of context, which have transformed the world.

But, what exactly is this context?

Context is the set of basic beliefs, our mental patterns, or our worldview, which we use to interpret and frame the world we live in. Context is what emerges, with the passage of time and history, from the interaction of maps and events. Context is expressed by means of language, by the stories we tell ourselves. Through stories our values and principles have from time immemorial been passed from generations to generations. The world comes to me as a bundle of facts but it is up to me to decide what to do with it and give it meaning. What we pay attention to and, therefore, how we behave is shaped by our context, our worldview.

When contexts have become worn out and outdated, but we, as a society, keep on telling and retelling the same stories that created them, the contexts are transformed into bars that restrict or imprison citizens in their societies. But, let us not worry too much about this because as Rosamund and Benjamin Zander say in their book, ‘The Art of Possibility’: “All life comes to us in narrative form, it’s a story we tell”.

Bard is a word of Celtic derivation. In the ancient history of Europe, a bard was a person with the especial duty of narrating the stories, legends, and long poetic hymns that celebrated the victories of their people or to praise God. Bards exercised a very powerful influence in Celtic societies.

We are the problem because we have collectively created the narratives that bind us and we are the solution because and, this is important, if the narratives we tell ourselves are obsolete and not good anymore, we can together co-create new stories that will produce more suitable contexts. This we can do because storytelling has been at the center of human communication, we love listening to good story and we are all capable of telling stories because, at heart, we are all bards!

This means that through conversations we have an opportunity to change our contexts. There are some methodologies -sort of social architecture design mechanisms collectively called large group intervention methodologies-, such as the World Cafe, that can be used to create spaces to hold face-to-face conversations which can have transformational effects and set the stage to bring forth new contexts. I wrote about this in We are all bards.

But online conversation in social networks such as Twitter and Facebook can also be channels to change the world as this Norwegian example shows ( Barn av regnbuen case): two Norwegian women were extremely offended by derogatory remarks about a much-loved song called Barn av regnbuen (Children of the rainbow) made by terror defendant Ander Behring Breivik and put out  message over social media networks suggenting that people show up at a popular Oslo square to sing the song with unexpected results.

However, the important aspect is to have conversations that matter. Social media, as we know it, did not exist in Germany in 1990’s, yet, four Munich residents, having a conversation over dinner, were able to change their local context as told in this New York Times report: Berlin Journal; Germany Ablaze: It’s Candlelight, Not Firebombs.

Social media is a set of channels or platforms that connect us and presents us with many different opportunities to have conversations that matter, offering us  boundless possibilities to change our own immediate world.

After all, we are all bards!

I decided to sign up for DigiFoot12 in part because I think the experience will be interesting and, on the other hand, because of something I recently read in Jacob Neddleman’s The Heart of Philosophy :

“It remains to be said that the effort to think together, to work with each other in the search for truth, is the most urgent need of our common life today. Where previous eras may have been dominated by the vision and moral power of great individuals, our own time seems to require something different. Today, perhaps, the immense complexities and imbalances of both our world and our personal lives are beyond the grasp of any one of us alone. From where will come the energy and the intelligence we need, if not in the community of people who know how to come together to listen to each other and confront their deepest questioning together?”

In other words, to expand one’s Personal Learning Networks is a wise thing to do (also see, The Wisdom of Crowds). Allow me thus to introduce myself. My name is José Alvarez-Cornett. I am a multidisciplinary generalist, world citizen 2.0, with many intellectual interests to keep myself tied to only one profession. My original educational background is in Theoretical Physics (Central University of Venezuela, 1981). I did graduate studies in Geosciences at UC, Berkeley, and have an MBA, from the University of Southern California, 2000, Los Angeles, California. I also had a 3-years-life experience (1992-1995): living, exploring, working, and studying Chinese language and culture at Beijing Language and Cultural University in Beijing, China.

Professionally, I have worked as a field geophysicist and a manager for several Oil & Gas companies and have also held business managing positions within the IT industry. I have special interests in Biomimetics, Futures Studies (foresight in UK parlance, prospective in French), large group intervention methods (World Cafe, OST), science communication, and digital technologies and infotention. I am also the curator of Social Media, Social Might.

I look forward to contribute to the group in the days ahead.

I live in Caracas, Venezuela. My Twitter is @Chegoyo .